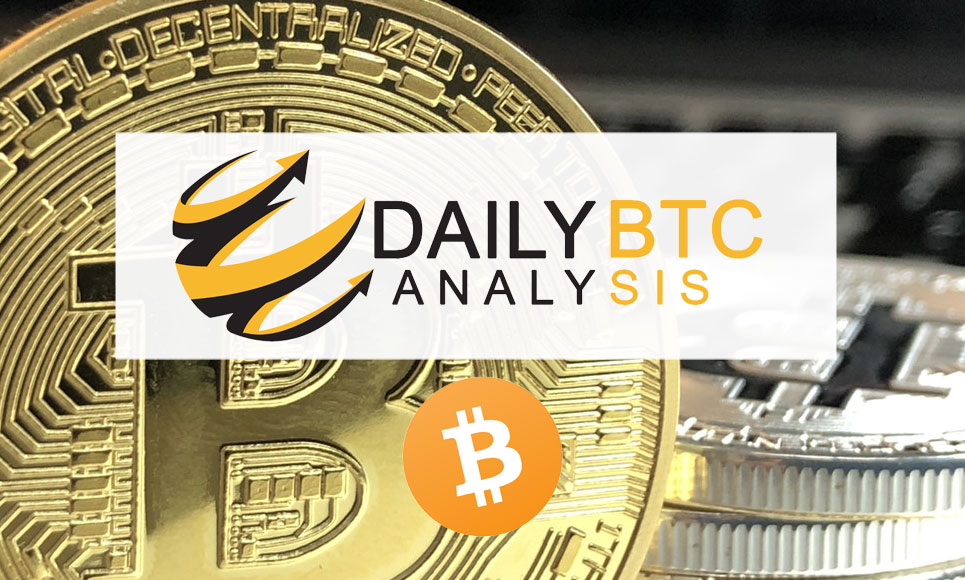 Bitcoin has dropped around 2.2% over the past 24 hours of trading, bringing the current trading price down to around $3797, at the time of writing. Despite the recent price drop, Bitcoin is still up by 8% over the past 30 trading days.

Bitcoin currently has a market cap value of around $66.23 billion as the 70 month old cryptocurrency godfather now trades at a value that is 80% lower than its all time high value.

Since our last Bitcoin analysis, we can see that the market had broken toward the upside of the short term triangle that we were following. However, Bitcoin was unable to overcome resistance at the .382 Fibonacci Retracement level (drawn in green) priced at $3946 and proceeded to roll over.

We can see that the market has fallen below support at the .5 Fibonacci Retracement level (drawn in green) priced at $3842 to where it is currently trading at $3797 on BitFinex.

Where Is The Market Likely To Head Next?

If the bears continue to pressure the market further lower, we can expect immediate support toward the downside to be located at the .618 Fibonacci Retracement level (drawn in green) priced at $3740.

What if the buyers step back in?

Alternatively, if the buyers regroup and begin to push price action higher, we can expect immediate resistance above to be located at the .5 and .382 Fibonacci Retracement level (drawn in green) priced at $3842 and $3946.

Further resistance toward the upside then lies at the bearish .618 Fibonacci Retracement level (drawn in red) priced at $4001. More resistance above can then be located at the $4025 and $4240 levels.

The RSI has entered an extreme bearish territory below the 25 level which is a bad sign for the bulls. For a sign that the selling pressure has faded, we will look for the RSI to head back toward the 50 line.